A Conversation on Race in Schools

We sat down with Nick Brown and Steven MacDonald, trainers from SST’s Restorative Response to Hate and Racism & Current Digital Trends session to talk about what they are seeing in schools and online surrounding racism and targeted hate. 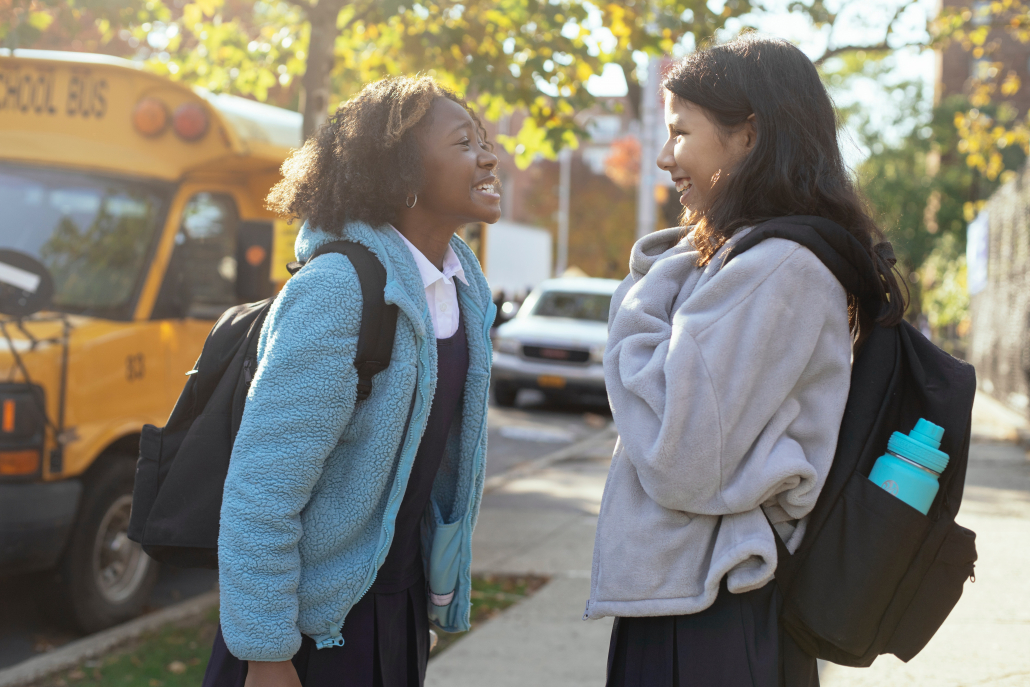 Growing up, what was your experience with racism?

Steven MacDonald: As someone who is of Mexican descent growing up in a predominantly Caucasian neighborhood, it became very normal for me to be called and respond to the word “Mexican”. Kids would yell, “Hey Mexican, hey Mexican”, and I would turn around and respond. It didn’t seem weird to me until I got older, went to University, and instead of being identified by my race, I was identified by who I really was.

I never really recognized how alarming it is that we belittle certain individuals by reducing who they are to the color of their skin.

Sometimes we think that racism only occurs here in North America, but in reality, it can start before an individual even comes to the country. New immigrants are sold this American Dream, a dream that tells them, “if you work hard enough you will be seen as a white or an elite individual.”

Growing up I saw family members who were scared to be in the sun because they didn’t want to darken their skin. They didn’t want to appear as if they were poor. Somehow over the past hundreds of years, maybe even thousands, we’ve associated colored skin with being a lesser individual. It’s hard when students already come to this country already thinking less of themselves. To top that off, maybe they’re identified with just the country they came from rather than who they are as people.

That reminds me of how hard it was for me to work to get to where I got to. I felt I had to work two times harder just because of the color of my skin. I worked hard in college, and even just to get to college. Statistically, not many young Black men go to college, especially from the neighborhood that I was from. Statistically, one in four go to jail. Me going to college was like a celebration, a milestone. What was interesting graduating college was like, going back home or going back to your peers who hadn’t graduated college.

Have you experienced racism in your professional life?

NB: Yes. We were leaving a classroom one day, students were there, teachers were there, a couple of counselors, and the principal walked in. He was an older white man, and he shared that he had to deliver a presentation that night. I remember lightheartedly saying to him, “If you ever need help, let me know.” This man looked at me and said, “yeah, you can be my Kunta Kinte.” It was tough because I thought to myself, “man, I’m still subject to the comparison of a slave who had his foot cut off because he was always trying to run away.”

I’m someone who is educated and who has established things for myself and I’m still looked at through that lens. I’ve experienced racism from when I was a child to this day. Now, when I’m teaching kids at the school, the Black students are asking me how I feel about the George Floyd incident. Racism has been an ongoing thing for me.

Can you talk about the work you do in schools, Nick? 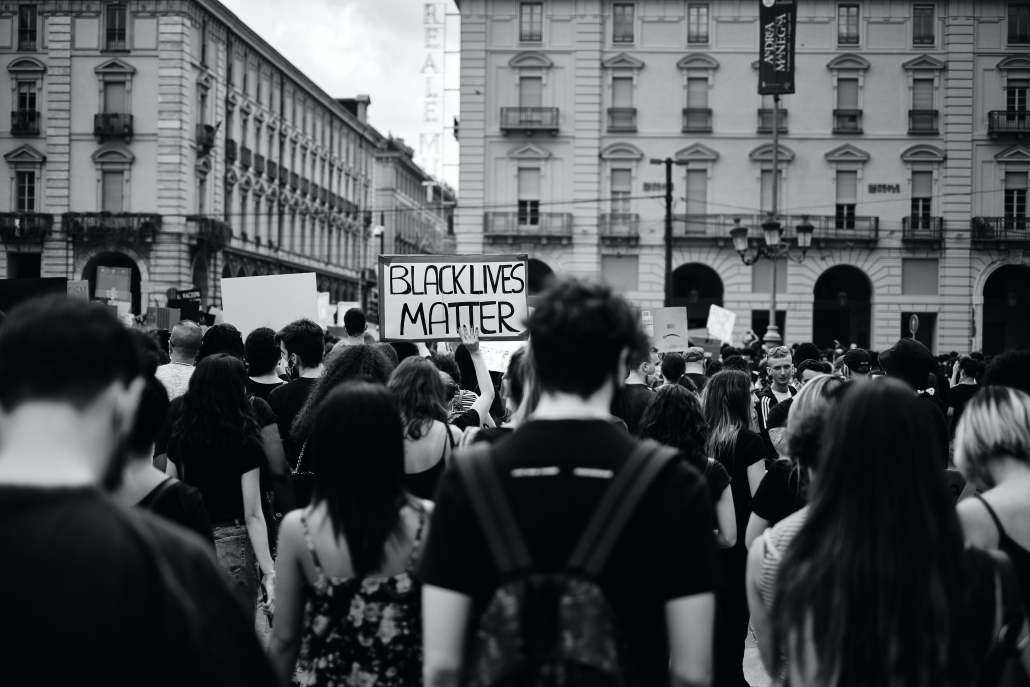 Steven, can you speak to the kind of content Threat Analysts at Safer Schools Together are seeing online?

SM: Once you are on the internet you are exposed to so many more people. Millions and millions of strangers with millions of opinions. It’s hard to decipher what is truthful. Our students start to react because they don’t know what is true and what is false. They only know what is going on in their bubble. We’re seeing such rapid development in the online world. We need to be creating an educational process to provide students with the knowledge to better understand and react to what they see or hear.

Maybe you see something that you find upsetting, or you think it would upset somebody that you care about. The immediate answer is not always to jump online and begin this argument that really leaves no one walking away more empowered or any safer than before. I can’t think of any time that someone’s shouted at me about something I said, and I’ve changed my mind. We need to think about how we educate and engage in restorative practice.

Individuals may have been spending so much time on one side of the internet or another that maybe they don’t understand what is right or wrong in a safe society. We need to be providing our students, and our children the opportunity to have a conversation.

NB: When harm is done, how do we repair harm? Say a student made a racial remark online and now their classmates know, and the staff know. This is all out there, the whole class knows, now the kid is embarrassed to come to school. When this happens, we can use restorative practice to unpack.

Can you describe the racism we’re seeing in schools?

NB: Working in a school district, I’ve seen racism where schools are calling to say, “someone has written the ‘n’ word across the lockers,” or “we have a group chat of this group of students calling these other Black students the ‘n’ word.” Schools and administrators don’t really know what sort of consequences these kids should get, but maybe we should be looking at what else can be provided.

SM: Definitely, we should feel free to have these conversations every day. After the month comes and goes, are we cutting off individuals? Is that what’s happening? Or are we going to continue to facilitate a conversation about inclusivity? Racism happens every single day. Whether it’s a large situation that occurs, or every day micro aggressions. 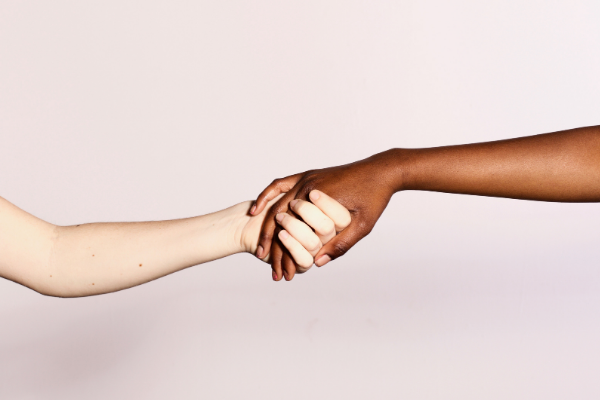 Has it been direct or indirect racism that you’ve personally experienced?

SM: There’s both direct and indirect. I’ve gone into many stores here in Vancouver with friends who are white. My friends will walk to one end of the store, I’ll walk to another, yet I’m the only one being followed. These are little things, but then there are more difficult experiences that I’ve had. I was told to leave a restaurant in 2016 in Washington state. It was in the middle of that very tumultuous time during the election. I saw signs on their door, but I didn’t think I would be refused service. I didn’t even know how to react. Do you get angry or do you try and talk to them? It was shocking that they wouldn’t want to serve me just because of who I was or what I looked like.

I’ve noticed over the years, especially with social media and the internet, a lot of people are becoming more and more emboldened to voice their “opinions” and they’re able to find others who validate how they feel or validate their claims. It’s very scary for people of color right now, or people from any minority group that may be struggling with being themselves in public and feeling safe when they go outside. It’s almost an internal battle as a person of color to move forward and not to slow down.

NB: How can we keep spreading the word and help spread awareness for folks that are privileged to advocate for people of color? What do you do if you witness racism but you’re not a person of color? If you’re not a person of color and haven’t experienced racism, can you still help others who are experiencing it?  That’s why we sit here and share not only stories, but ways of doing that. That’s going to be the most important piece of all.