Nick Brown had the odds stacked against him right from the beginning. “I come from a single-parent home. My mom is from Jamaica and came here when she was 18,” he recalls. Brown grew up as the 7th child in a family of 10 and says his mother was strict, but also driven—modelling the value of hard work and the power of education by going back to school at age 36 and starting at the 5th grade. “I remember getting my siblings ready for school and braiding my sisters’ hair. I really had to step up at a young age,” recalls Brown. 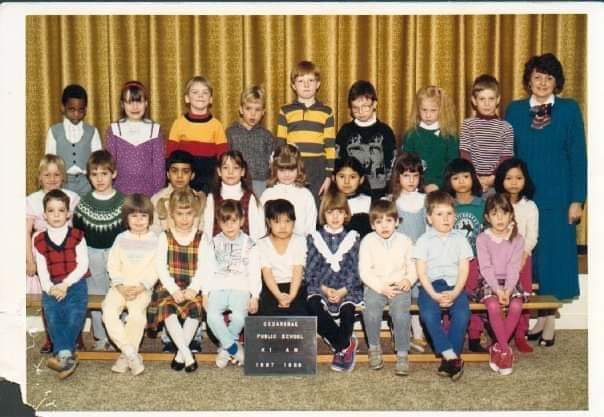 Nick’s Kindergarten class photo. Growing up in Kitchener in the 80s, Nick remembers being the only Black student in class and one of only a few minority students.

As a child growing up in Kitchener, Ontario Brown loved sports. Basketball, football, and track were what kept him on the straight and narrow. He also had older siblings to ensure that school didn’t end when the bell rang. “My big brother taught me science, art and how to play the violin. I felt comfortable in school. I was also educated by my older siblings about Black History,” he says. 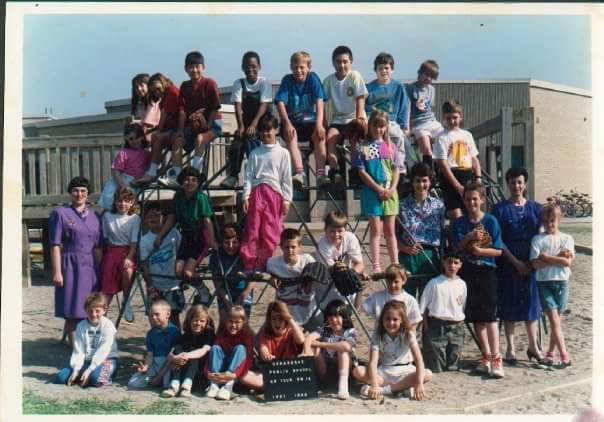 Although he had a good start, toward the end of high school, Brown started getting involved with the wrong crowd. “I had run-ins with the police. I was arrested and falsely accused and I saw multiple friends get arrested,” says Brown. “I was going down the wrong path. Being black, having negative interactions with police, being stereotyped, having low expectations put on me was par for the course. I kept getting pushed further away from my community, school, and home. The streets were what I could relate with.”

It was ultimately his mother who helped him find his way out. “My mom was ambitious and educated. She didn’t like where I was heading. I don’t want to elaborate on specifics, but let’s just say after one particularly bad run-in with the police, I got beat by a 2×4 … by my mother. I wouldn’t recommend that approach, but that did it for me,” Brown recalls with a chuckle. 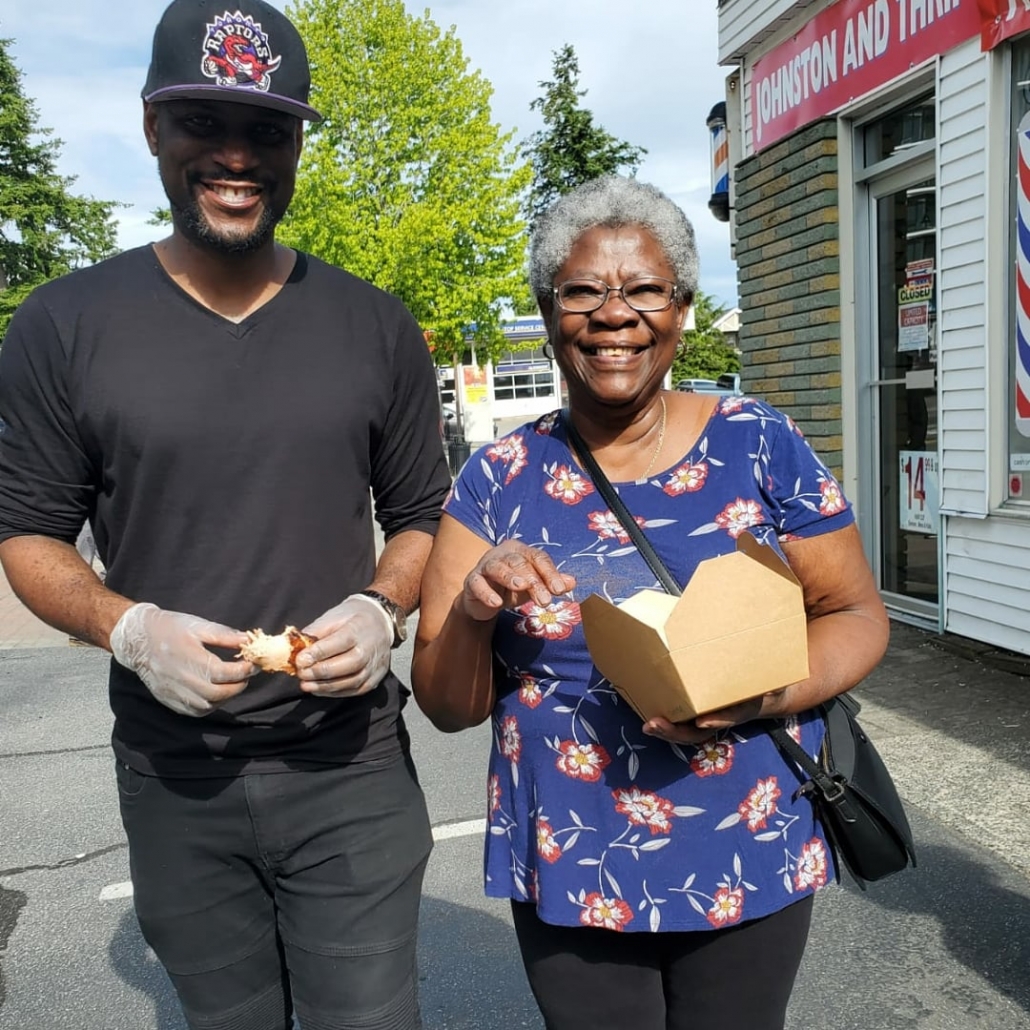 Nick and his Mom

Brown decided he needed to change his life. He went to his guidance counsellor shortly after to look at his options. “I didn’t even think college was possible. I don’t know what kind of future I would have had without the adults in my life who were there when I needed them.”

After completing a Human Services Foundation program, Brown started working with vulnerable youth and was shocked to discover that just being with the kids and paying attention to their interests made a world of a difference. “Playing basketball, playing video games, just connecting with these kids was what they needed. The fact that I looked like them helped them relate to me. I couldn’t believe this was work.”

It wasn’t long before clients started to take an interest in Brown and the success he was having with youth. He got in touch with a group that was working on a gang exit program called Breaking the Cycle and discovered a passion for working with at-risk youth. As time progressed, he moved into a Family Counsellor role, offering direct support to at-risk and high-risk families. For 12 years, he worked for John Howard Society in the YARD Program – a community-based gang-exit program serving youth involved with/or at risk of joining a gang.

“The heart of what I was doing was connecting with kids. Discovering what was meaningful to them, then linking them to outlets that matched. This gave them a sense of belonging and a sense of being a part of something. My job was finding links and encouraging kids to lean into their strengths,” says Brown.

Through these roles, Brown started to gain more of an understanding of restorative practice. This practice differs from traditional punitive forms of working with youth and instead, focuses on healing and understanding through the sharing of experiences and working to find common ground. This is a framework he uses to this day, in his work with the award-winning Surrey Wraparound program. 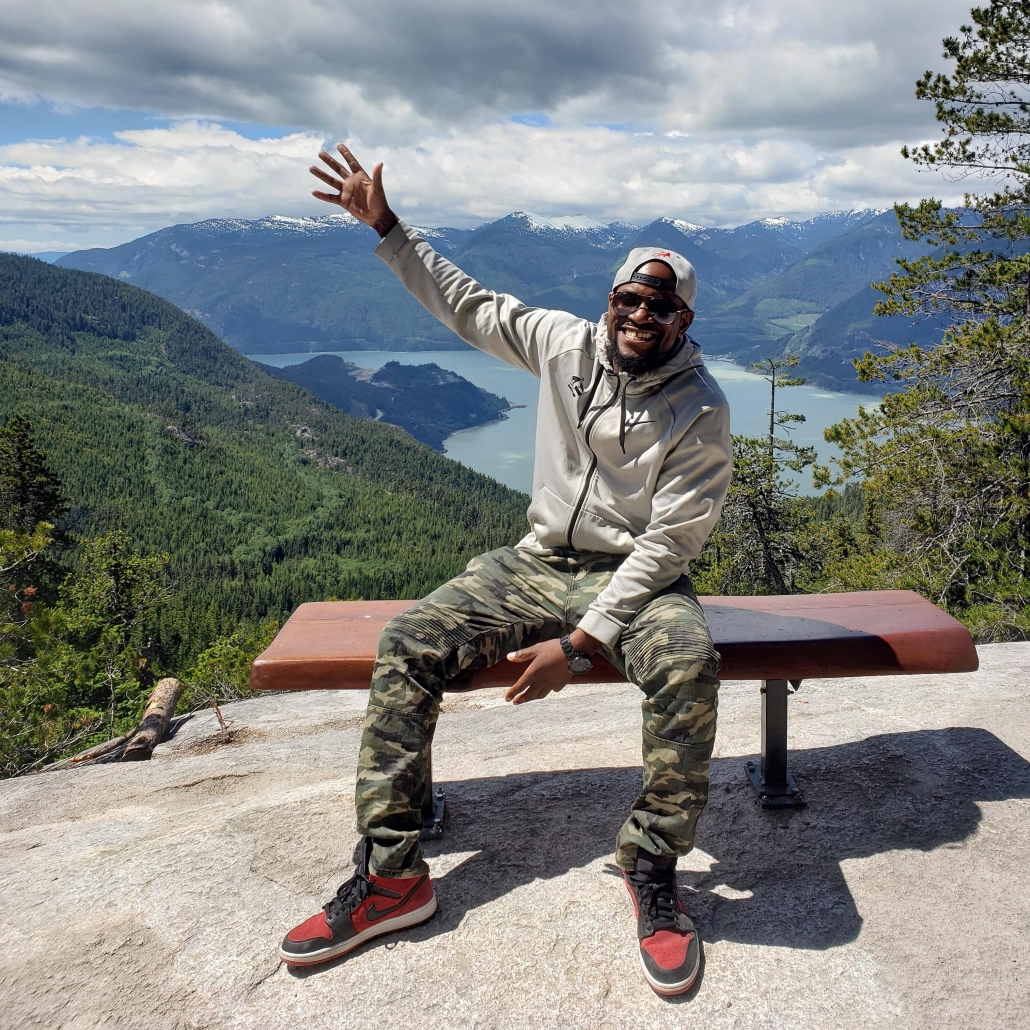 Nick in Squamish, shortly after arriving in Vancouver.

Although we’ve made strides in our education system with regards to inclusivity, Brown empathizes with the struggles that visible minorities face even today and says there’s still so much more to do. “I see the coloured students not getting the same chances as their white peers.” Brown gives the example of school admin not knowing what to do with troubled immigrant or kids of colour and using expulsion as an all too convenient form of punishment. “There are so many big and little things that educators can do to relate to these students. But it starts with trying to understand where they’re coming from,” says Brown. “Understanding and support. That’s really the key.”

Register for Responding to Racism and Targeted Hate with Nick Brown: