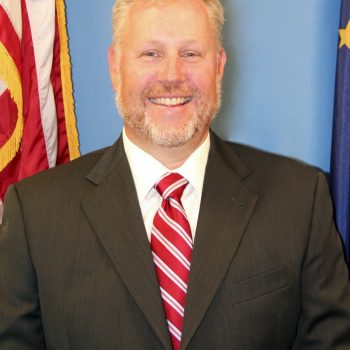 Eric Tamashasky is a Prosecutor, Professor, and Cybercrime Investigator based in Indiana. He became the Legal Advisor for the St. Joseph County Police Department in April of 2011. As part of that role, he is deputized as a law enforcement officer and shares responsibility over the St. Joseph County Cybercrimes Unit. Eric serves as an investigator for the unit, is part of the team that serves search warrants, and is the deputy prosecutor responsible for charging and prosecuting the cases. The Unit is now a partnership between the St. Joseph County Police, St. Joseph County Prosecutor’s Office, the Mishawaka Police Department, and the University of Notre Dame. It deals predominantly with cybercrimes committed against children and offering support for the county’s multi-jurisdictional specialty units such as Metro Homicide, the Special Victims Unit, and the Drug Investigation Unit. The Unit receives support from the Indiana Internet Crimes Against Children (ICAC) Taskforce, the FBI Cybercrimes Taskforce, and the United States Secret Service. Further, the Cybercrimes Unit now partners with the Computing and Digital Technologies program at the University of Notre Dame to provide a work-study opportunity for a small number of undergraduate students to work within the Unit doing cybercrimes investigations as sworn law enforcement.

Eric presents on cybersafety and cybercrime issues to local organizations and schools. Since 2013, he has presented to over 25,000 people on the topic. His background in cybercrimes includes training by the United States Secret Service’s National Computer Forensics Institute in Hoover, Alabama, the National Center for Missing and Exploited Children (NCMEC) in Alexandria, Virginia, the National White Collar Crime Center (NW3C), and the Internet Crimes Against Children (ICAC) Taskforce.

Prior to his role with the St. Joseph County Police Department, Eric was a full-time Deputy Prosecuting Attorney for the St. Joseph County Prosecutor’s Office from 2004-2011 where he worked on major felony cases, including homicides. When the prosecutor’s office was able to support its own cybercrimes unit, Eric was the prosecutor with responsibility over that unit from 2007 until the unit was eliminated due to budget constraints in 2009. He also supervised the county’s Fatal Alcohol Crash Team (FACT) as the assigned prosecutor from 2006-2011. Since January 1, 2015, he has served as a volunteer deputy prosecutor for the Prosecutor’s Office where he handles child exploitation offenses and select major felonies such as complex white-collar crimes and will be assisting on a capital homicide retrial.

Eric has degrees from Hillsdale College (B.A. in Economics), Ohio State (M.A. in Economics), and Notre Dame Law School (J.D.). Eric served as Faculty at the National Advocacy Center (NAC) in Columbia, South Carolina and taught Courtroom Technology to prosecutors from around the country at the NAC. Eric published an article in the Journal of Legislation entitled “The Lewis Carroll Offense: The Ever-Changing Meaning of ‘Corruptly’ within the Federal Criminal Law.” He currently teaches a course entitled “Cybercrime and the Law” at the University of Notre Dame each fall and also teaches graduate level courses in criminal justice for Trine University.