Gang Glamorization: How Youth are Effortlessly Lured into the Lifestyle

Boy From a Good ‘hood

For ex-Vancouver gang member Jordan Buna, life in gangs started while working minimum wage at a restaurant, cooking and bussing tables for local gang members. “I was making eight or nine dollars an hour, and I would see these guys come in, flash their money and command respect. I once cleared four glasses from a table and was handed a $100 tip. They didn’t have to recruit me, I was sold.”

Buna’s path to gang life is not what you would call traditional. He grew up in a middle-class household in a Vancouver suburb, not a low-income neighborhood. He was involved in sports and even pursued college after high school. Unlike gang members from places like Chicago or South-Central Los Angeles who are predominantly initiated into gangs through violence or are born into gang affiliation based on the community they live in, Buna joined because of what former gang enforcement officer Keiron McConnell refers to as “glamorization or modelling”.

McConnell, who completed his PhD on gangs, teaches at Kwantlen University and Simon Fraser University, and also conducts training sessions for Safer Schools Together (SST), says gangs in British Columbia (BC) are unique in this way. Many of the kids who join gangs do so out of a desire to attain a certain lifestyle. “Jordan made a rational choice,” says McConnell. “He saw guys flashing their money and influence and decided he wanted to associate with them.” 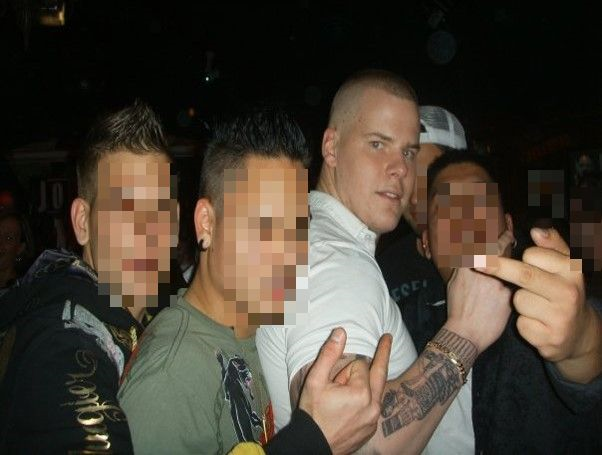 Buna during his gang days.

“The money and the cars don’t paint the full picture of gang life,” says Buna. “After I was robbed at needlepoint, I had to pay back everything I lost. I really bought into the idea of the gang as a brotherhood or a family,” says Buna. “While incarcerated, I realized everything they talked about, the things they promised me about being there for me, everything was a lie.”

It was ultimately the support of his family, particularly his mother who encouraged him to turn his life around. “I saw only two paths for me if I stayed in the game: jail or death. I couldn’t see myself living another five years. Seeing all the disloyalty, the backstabbing, and several of my friends dying, I was done with it,” he says.

Buna is one of the success stories. He left his gang associations behind and went back to school, completing his undergraduate degree at Kwantlen University. During Buna’s years as a drug dealer in Vancouver, he often had run-ins with McConnell who was then a gang enforcement officer. “I remember the millions of times Keiron would handcuff me and drag me out of a bar,” says Buna. Things came full circle when Buna completed his degree and McConnell handed Buna his diploma at graduation. 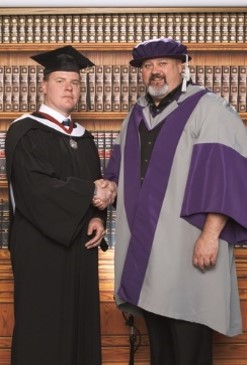 McConnell believes that three things are needed in any gang strategy: prevention, intervention, and suppression. Although there are different strategies and tactics that can be utilized for each of those approaches, he says that there is no one size fits all solution. The best strategy involves sitting in a room together to deconstruct the problem. This is even more necessary in our age of internet and connectivity. Recruitment tactics are constantly evolving. The scary thing is, BC’s gangs are still attracting non-traditional kids to the lifestyle, but now we’re seeing it shift to online videos and taunting.

All About the Benjamins

“Students see the money, the cars, and they are clamoring to have this lifestyle. Not only do they see it in mainstream media, but they’re also seeing the notoriety local gang members are having on social media,” says SST CEO Theresa Campbell. “Gang members are open about the gang-related homicides that have been happening and they are directly targeting one another on social media platforms. Their open-source social media content/accounts and rap music videos are viewed by thousands of vulnerable youth who find the gang conflict exciting and are subsequently lured into gang associated behavior.” 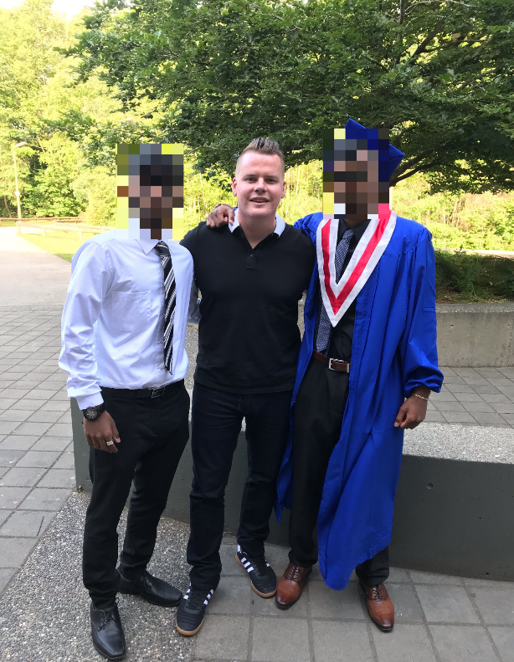 Buna with students he successfully mentored at their graduation.

Buna now works at a school district as an outreach worker, helping to keep kids like him off the same path he did. He also gives presentations to parents, students, and staff through SST and BC’s Gang Reduction Through Informed Practice (GRIP) strategy. “This is why I’m such an advocate for prevention. I know the difference it would have made for me. When I was growing up, there was no education, no prevention. I slipped into this lifestyle so effortlessly because I didn’t know any better,” says Buna. “It’s even easier for kids these days with the access they have to their phones and to social media.” Although prevention is difficult to quantify, Buna knows he’s making a difference through his presentations and with the kids he mentors. “The headlines are bad, especially when you see kids as young as 14 murdered in gang conflicts,” says Buna. “What you don’t see is the slide in my presentation with 10 different grad pictures of kids I met when they were in grade 8 or 9 that were struggling in the exact same way that I was.” 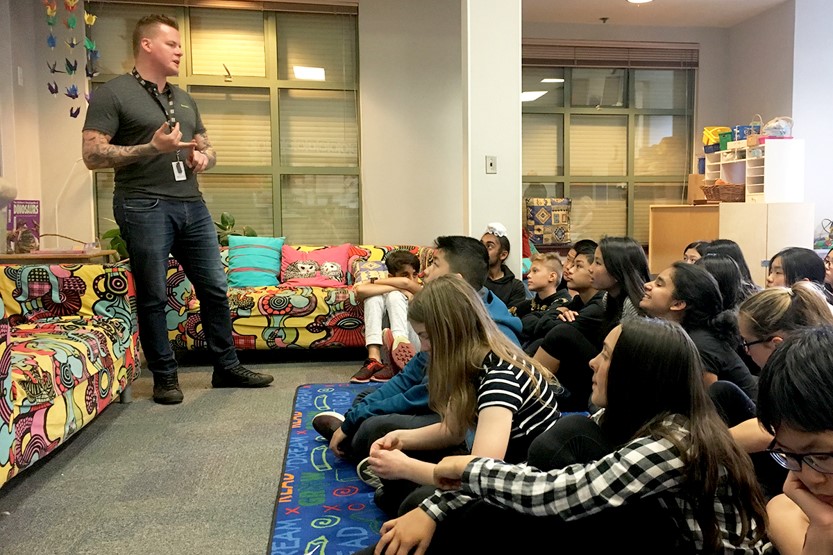 Buna gives his presentation to a room full of students.

Because no two cities are the same, no two gang problems are the same—every strategy has to be different. What we know for sure is that a big piece of any gang reduction program has to have an education and prevention component, ideally early on in a student’s life. Prevention and early intervention require a commitment to co-operation, collaboration and communication among all community agencies.  “We need to start with the young people who are making the choices to join the gangs,” says McConnell. “That’s where we can begin to make a difference.”

Join us for the Safer Schools Together 13th Annual Gangs & Guns Symposium on Feb 11-12. For more information and to register, click here: