Seeking Truth:  Why One Police Officer Believes Knowledge is a Powerful Tool for Reconciliation with Indigenous Communities

Tyler Urquhart isn’t who you picture when you think, Indigenous Liaison Officer. Although someone with a background of English, Scottish, and Irish wouldn’t seem like an obvious choice for this role, after five minutes with him, it’s clear that his passion for the Indigenous community runs deep. To Urquhart, reconciliation isn’t just the latest buzzword, it’s personal. His partner is Indigenous and he’s helping to raise her Indigenous daughter. Because of this, he’s made it his mission not only to be an ally to the Indigenous community, but to educate those who, like him, aren’t born into it. 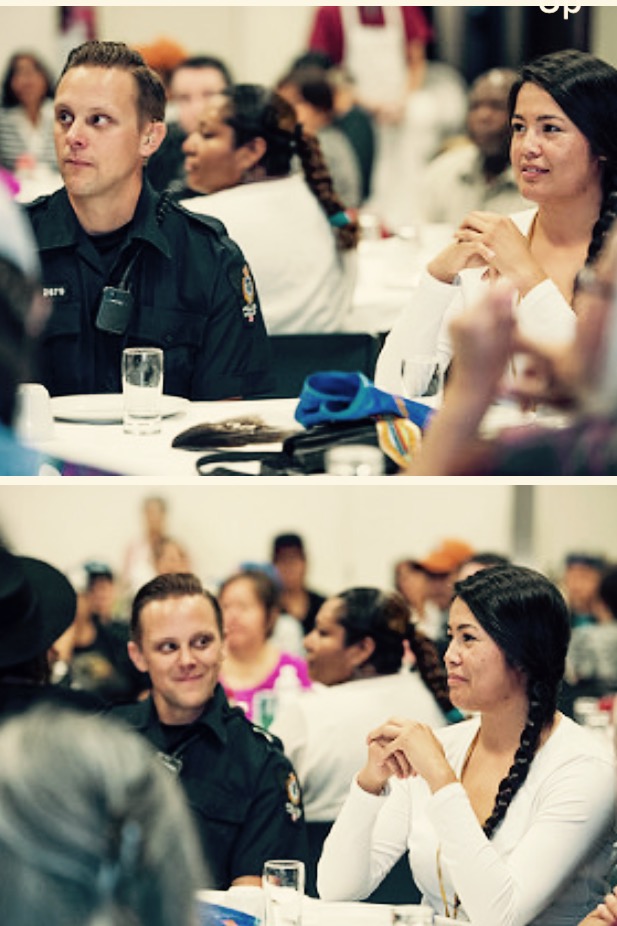 Constable Urquhart and his partner Cynthia at an event at the Carnegie Centre in Vancouver.

Urquhart started his policing career in 2008 as a beat cop in Vancouver’s downtown eastside (DTES). “I got into policing because I wanted to help people. I liked that there was so much variety in the policing world in comparison to other helping professions,” he says.

While patrolling in what many refer to as, “Canada’s poorest postal code,” Urquhart says what he encountered was almost like an underworld: a world filled with drug addicts, criminals, poverty, and violence. “It could be overwhelming at times, and it was hard not to get disillusioned when you saw the things that I saw every day,” he recalls.

One thing he did notice was a disproportionate amount of people from Indigenous communities who ended up in the downtown eastside. Young people from reserves across the country see the DTES as a place to escape traumas (oftentimes intergenerational trauma passed down from colonialism and residential schools). “There’s a lot of substance abuse that happens on reserves. It starts with alcohol but often leads to harder drugs. Many people from all walks of life and across Canada get attracted to the lure of the DTES because they see it as an open drug market,” says Urquhart. “Oftentimes the DTES is where people go to ‘cope together’. Although they may not intend to stay, they inevitably do.”

Following his work in the DTES, Urquhart moved to a role with Child Protection where he was paired with a social worker from the Ministry of Child and Family Development. He started to see the same trend with regards to the high number of files with Indigenous children and families they had in their caseload. “As I was exposed to more, I wanted to learn more,” he says.

In 2015, Urquhart had the opportunity to do just that when he signed up to be a part of the annual, Pulling Together Canoe Journey. This is an event that strives to foster reconciliation of law enforcement, public sector agencies, members of the indigenous community, and other groups through open dialogue and the physical and traditional activity of canoeing. The experience was eye-opening for him. “It was an opportunity for open dialogue, to build trust, to listen, and to partake in uncomfortable conversations,” he says. “I have met people on the Pulling Together Canoe Journey who I now consider family”. 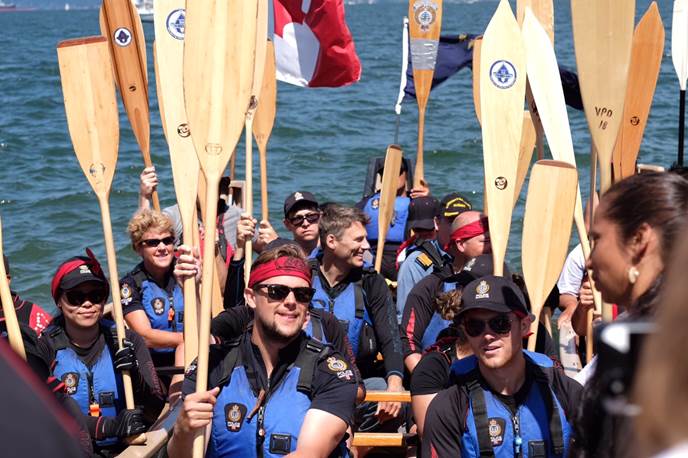 It was on a Pulling Together Canoe Journey in 2017 that he met his partner Cynthia who is originally from Alkali Lake, a reserve near Williams Lake, BC. “After meeting her and getting to know her and her family, everything aligned around doing this type of work,” says Urquhart.

In his current role as Neighbourhood Police Officer for the Vancouver Aboriginal Community Policing Centre, Urquhart is passionate about putting forth genuine efforts toward reconciliation through community projects, education, training, case consultation, and more. “The fact that I’m not Indigenous gives me something to prove,” he says. “What I am is an advocate. The reality is that I have an Indigenous family now and this community is very important to me.” 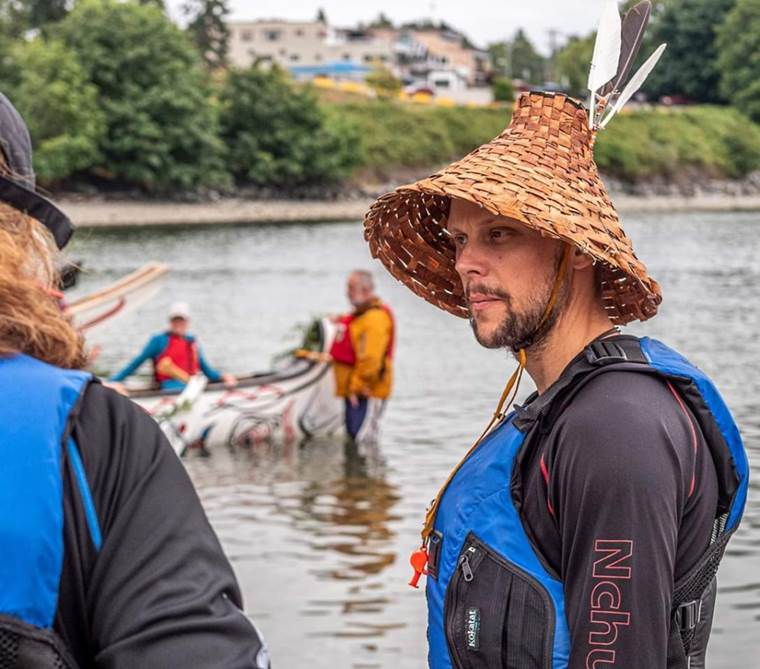 Urquhart at Pulling Together 2017

Urquhart believes that for reconciliation to work, we must be sincere, patient, and willing to listen. “Being authentic, having knowledge, and developing understanding ensures that we don’t just serve up platitudes.” He gives the example of land dedications. “There is power in words. The land we know as Canada is unceded, meaning it was never legally signed away or lost in war. The land we live on, work on, and enjoy belongs to our Indigenous community. We did not acknowledge this for a long time. People are beginning to understand the importance of acknowledging the land and the nation whose territory they are on. But words are not enough, we need actions,” he says. “We can start by understanding the history of colonialism, learning about the horrors of residential schools and the myriad of other dark chapters, as well as acknowledging all the traumas Indigenous communities have had to endure. Most importantly, we need to listen to Indigenous voices.”