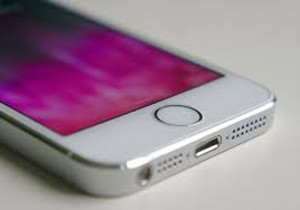 The online and social media landscape is constantly changing, and middle school and high school students are often the first to use new social media sites and other digital products. As a campus security and public safety professional, you need to know what the students in your schools are viewing on the internet so that you can protect them. But keeping up with the latest trends can be extremely challenging.

So what are the three hottest social media and online products that ‘tweens and teens are currently using? To find out, CS interviewed Sam Jingfors, who is vice president of Safer Schools Together. In this video, he tells us about Snapchat, Instagram and the game Fortnite, as well as some of the risks associated with each.

Sam Jingfors: Snapchat came out in 2011, until this day in 2018, it is the most popular App that they’re using to communicate one to one with each other. And of course their claim to fame was that the Snapchat photos disappear in 10 seconds or less. Poof, they’re gone. We know that they don’t really disappear, because we see screenshots of them on other platforms.

Secondly is SnapMap, which allows kids to be able to geo-locate their friends and specifically their bit emojis, which is their small, animated caricature, a representation of who their friends are. They can see where they are on a map in real time, down the square block. So that certainly pulls some challenges too, in the eyes of parents, wanting to make sure that their kids are safe online.

So we’re always making sure that our kids are aware of every single one of their Snapchat contacts for example.

Want to learn how to identify precursors to violence that are leaked through social media posts? Attend this summer’s Campus Safety Conferences, which are being held in Texas, Virginia and California. In all three events, Sam Jingfors of Safer Schools Together will present Digital Threat Assessment: How Publically Available Social Media Can be Utilized and Assessed to Ensure Safe Campuses. To register, visit CampusSafetyConference.com.
The second most popular App is Instagram. Owned by Facebook, Facebook of course is going through some privacy challenges at the moment, and that’s had an impact certainly on the way that Instagram operates. But privacy as it relates to Instagram for our kids, it’s either you’re public or you’re private. It’s like a light switch in the setting.

So we recommend to parents to make sure if they’re young kids especially, are getting into the social media world, they’re likely asking for Instagram, make sure that account is private right off the bat, which allows you to control the followers, and those that actually want to follow you. And you can approve and deny at a willing basis.

Third most popular, just to keep it succinct, is a game called Fortnite. It’s part of the Battle Royale type category of games, which is kind of a free for all. It is taking over the world. Every student I know at school right now is either playing Fortnite or is annoyed that other people are talking about Fortnite and playing it. All the way from grade four or five, all the way up to college age students. It started off just being a computer game, and then they just recently released both their Android as well as iPhone edition of the game.

So certainly I think part of the point with parents in Fortnite is just regulating screen time with that, just trying to moderate that. And putting limits in place that they’re not playing 13 hours a day of Fortnite and ignoring other areas of their life.

So I’m really looking forward to speaking with attendees later this summer in the three separate Campus Safety events across North America, where we will be able to dive into all these platforms and talk about much more around the lives of our kids’ digital and social media presence.